Looking for some great books about Ancient Egypt? Check out this living books list that is full of Ancient Egypt chapter books for older kids!

This collection of chapter books is perfect for late elementary and middle school readers. Each of them make great read-alouds, as well. We’ve read more than half of the books on this list, and I’ve read great reviews of the rest! Fill your history book basket with a great collection of chapter books. Most of these books can be found at your local library or used bookstore. If you have a hard time finding them, you can order them on Amazon by clicking the images below. 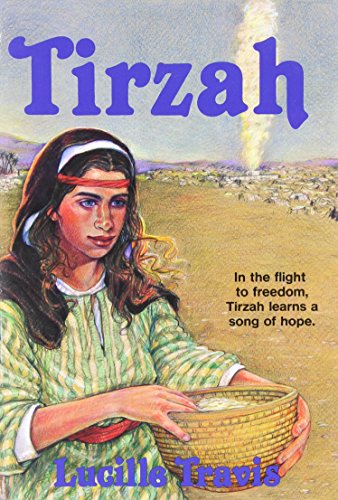 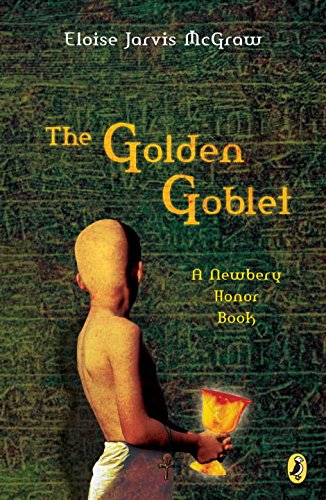 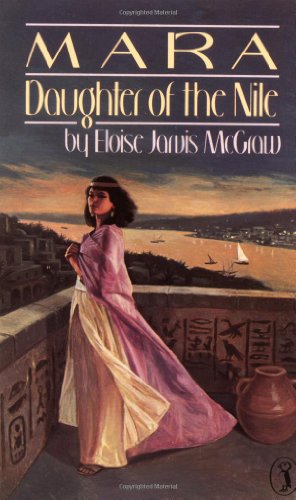 – Tirzah’s people, the Israelites, have been in slavery to the Egyptians for many years. She observes the suffering of her people and the injustices that are done to them by the Egyptian police. One night, when the plague of death strikes down Pharaoh’s own son, he allows the Israelites to flee on foot, only to pursue them with horses and chariots. Tirzah befriends a young Egyptian girl who has fled with them, even though others treat her badly. In spite of hardship and disappointment, Tirzah and her family keep trusting Yahweh to carry them through.

– Ranofer wants only one thing in the world: to be a master goldsmith like his beloved father was. But how can he when he is all but imprisoned by his evil half brother, Gebu? Ranofer knows the only way he can escape Gebu’s abuse is by changing his destiny. But can a poor boy with no skills survive on the cutthroat streets of ancient Thebes? Then Ranofer finds a priceless golden goblet in Gebu’s room and he knows his luck−and his destiny−are about to change.

Mara, Daughter of the Nile

– Mara is a proud and beautiful slave girl who yearns for freedom. In order to gain it, she finds herself playing the dangerous role of double spy for two arch enemies – each of whom supports a contender for the throne of Egypt. 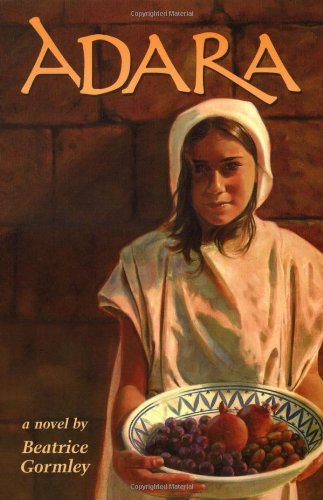 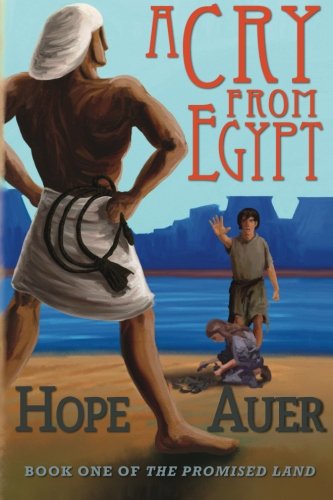 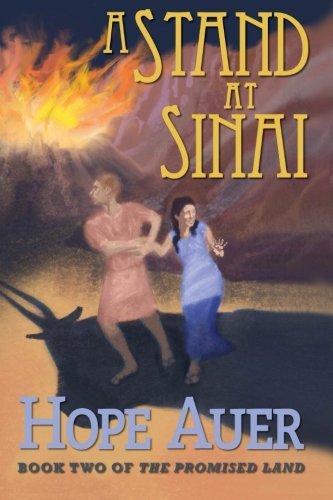 – Adara has always longed to do the things that well-brought-up girls of her time are not supposed to do. She wants to learn to read and write — like men. And she wants the freedom to travel — like men — outside the boundaries of her sheltered life. One day she awakens to a blast of trumpets as the Israelites and Arameans battle just outside the safety of her village walls. Curious, Adara sneaks out to see the battle. Little does she know that this will be her last day of freedom for a very long time. Sold into slavery, Adara becomes a servant to General Namaan and his family and begins a remarkable journey of self-discovery, healing, and redemption — a journey that, in the end, faces her with the hardest decision of her life . . .

A Cry from Egypt

– Girls, get back! Ezra shouted. His face was pale, but his eyes kindled with indignation as he stood in front of the girls protectively. Ezra dropped the pitchers in the sand and his hand flashed to a dagger, concealed under his tunic. Jarah s eyes grew wide. He could be killed for carrying a dagger! Jarah was a slave in Egypt. It was a dangerous place to be.Her work was exhausting and her family was torn between the gods of the Egyptians and the God of Abraham, Isaac, and Jacob. And her brother… would his Ada be given in marriage to an Egyptian in the palace? Would they ever be free?

A Stand at Sinai – Jarah, Ezra, Ada, Eitan and all our other friends from A Cry From Egypt join us again in one of the most thrilling eras in history. A Stand At Sinai takes the Israelites from the crossing of the Red Sea, through battles with the Amalekites, an Israelite wedding (wonder who?), the giving of the Ten Commandments – and the temptation of the Golden Calf. 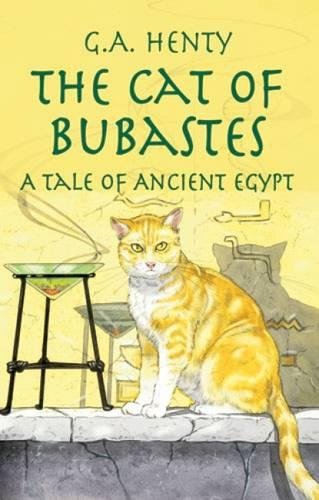 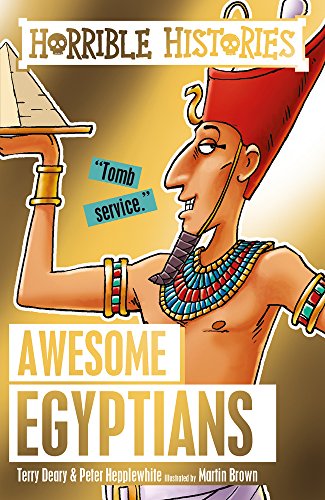 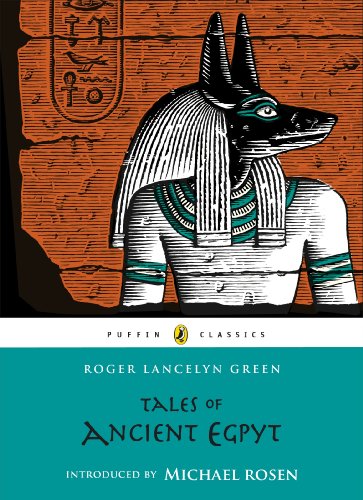 The Cat of Bubastes

– Chebron, the young son of an Egyptian high priest, and Amuba, a young slave in the boy’s household, are close friends; but their lives are greatly altered when Chebron accidentally kills a cat, an animal held sacred by the ancient Egyptians. Forced to flee for their safety, the boys and their companions begin a long and dangerous journey.

Tales of Ancient Egypt – These stories include the great myths – of Amen-Ra, who created all the creatures in the world; of Isis, searching the waters for her dead husband Osiris; of the Bennu Bird and the Book of Thoth. But there are also tales told for pleasure about magic, treasure and adventure – even the first ever Cinderella story. 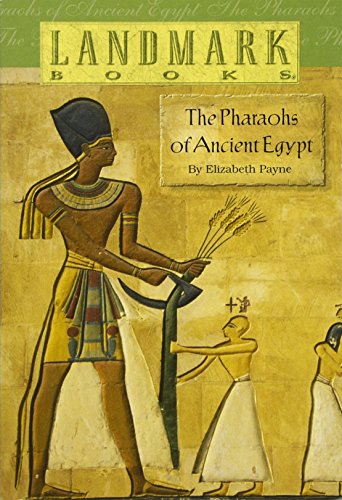 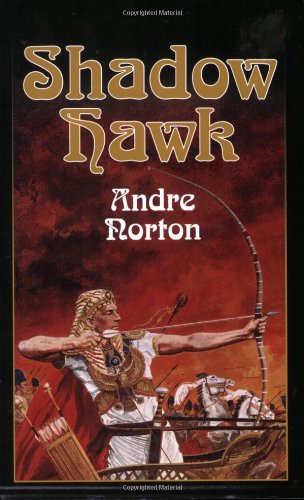 The Pharaohs of Ancient Egypt – For more than 3,000 years, Egypt was a great civilization that thrived along the banks of the Nile River. But when its cities crumbled to dust, Egypt’s culture and the secrets of its hieroglyphic writings were also lost. The Pharaohs of Ancient Egypt explains how archaeologists have pieced together their discoveries to slowly reveal the history of Egypt’s people, its pharaohs, and its golden days.

– When his position at court is usurped by his half brother, a young Egyptian nobleman seeks to regain his standing through military victories against the enemy. 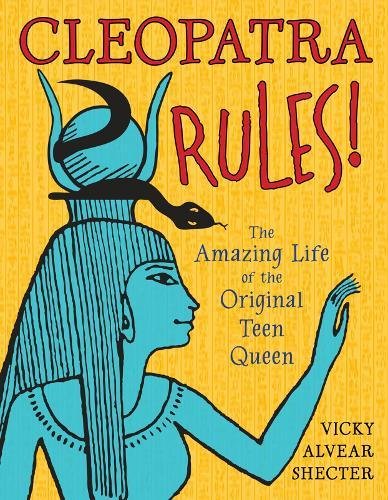 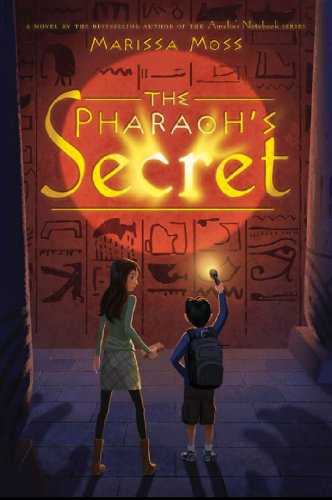 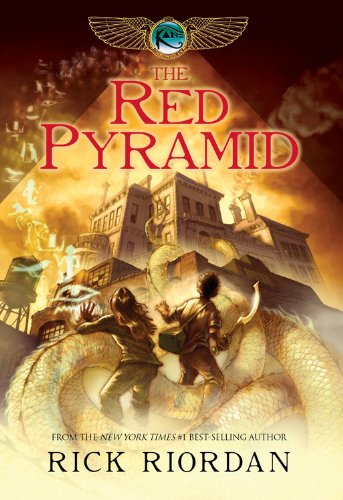 Cleopatra Rules! The Amazing Life of of the Original Teen Queen

– Cleopatra was a far more capable and powerful ruler than people have thought. Most of what we’ve known about Cleopatra—and what crept into art, film, and literature—came from her enemies, the Romans. But, ascending to the throne at 17, Cleopatra proved herself a brilliant negotiator who forged alliances that kept her in power and in control of her kingdom.

– When Talibah and her younger brother, Adom, accompany their father, an academic, to his homeland of modern Egypt on his research assignment, they become involved in a mystery surrounding an ancient, lost pharaoh—a rare queen ruler. Someone has tried to wipe her from the record, to make it appear as if she never existed! She needs Talibah to help her and her high priest, Senenmut, reclaim their rightful place in history.

– Since their mother’s death, Carter and Sadie have become near strangers. While Sadie has lived with her grandparents in London, her brother has traveled the world with their father, the brilliant Egyptologist, Dr. Julius Kane. One night, Dr. Kane brings the siblings together for a “research experiment” at the British Museum, where he hopes to set things right for his family. Instead, he unleashes the Egyptian god Set, who banishes him to oblivion and forces the children to flee for their lives.

I would love to hear about your favorite Ancient Egypt chapter books!